I come from a background focussed on classical music, obtaining VCE distinctions in both performance (piano, violin) and theory. But my musical direction changed profoundly one evening when I “discovered” an Irish jam session. I was entranced and a little envious of the creative freedom the musicians were enjoying. No sheet music, music stands or formal rehearsals needed, they simply sat down together and played music. My appreciation of the very social nature of the genre, the subtle complexities of the aural style, and the fact that the music has been shared and developed over generations and across borders, has made me a passionate convert to and advocate of traditional celtic music. 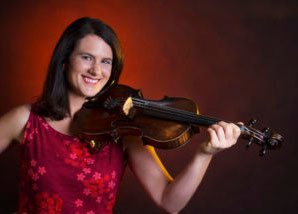 A convert to Celtic traditional music

At the same time as I was working as a community music teacher in Melbourne’s migrant detention centres, I began immersing myself in the local Irish music scene. Then, in 2005, I joined the dynamic Melbourne Scottish Fiddlers, first as a fiddler and then as pianist, administrator and board member. Highlights of my 14 years with the Scottish Fiddlers include a scholarship to study fiddle in the Shetland Islands, (2014), co-ordinating the artistic direction of their 2015 tour to Scotland and playing in the Edinburgh Tattoo, Melbourne. (2016)

I went on to develop an interest in other areas of celtic music, in particular the French Canadian style of fiddling. I enrolled in the Montreal School of Folk Arts (SPDTQ) as their first and (to date) only international long-distant student! The course was an immersion both in the fiddle technique and the Quebecois French language!

My “light bulb” moment came as I was planning further study in Quebec. I realised that instead of spending money on taking myself to Canada, I could instead use the money to bring an artist from Canada to Melbourne. The same amount of money could benefit many people, not just one person. This was the beginning of QuasiTrad Music Melbourne and its annual residential music camps. I chose the name “QuasiTrad” to pay hommage to the organisation’s origins, being a hybrid word of “Quebec” and “Australia”.